What are the best airports on the planet?

Skytrax has just released its 2021 list of best airports around the globe. Regular travelers aren’t likely to be surprised by the top-ranking airports.

Sadly, however, roughly half of these airports on the list are still not open to US nomads and travelers without holding residence or citizenship in their respective countries.

We can still dream, though, and hope they’ll reopen soon.

Japan tops the chart with three airports in the top 10. Narita (5), Haneda (2), and Kansai (9), all three of the largest airports in Japan, have ended up in the top ten. But Japan, on the whole, scored one less than last year, with Nagoya dropping into 11th this year.

The big news in the 2021 list is Doha Hamad claiming the number one spot, unseating Singapore’s Changi for the first time since 2013. Changi has not just been knocked off the throne but been passed by Tokyo’s Haneda airport as well, moving it into third place this year.

Rounding out the Top Ten are a group of airports that have long carried a reputation of being some of the best in the world. Here’s the list of which make the top 10:

A new addition this year is the 2021 Covid-19 Airport Safety Excellence Awards. These are the airports Skytrax says have gone above and beyond to maintain the cleanest and safest experience for the health and safety of airline passengers.

If you’re curious about how other airports rank, here’s the Skytrax ranking of the top 100 airports in the world for 2021.

Lauren Allain
View More Posts
Lauren is a freelance journalist from Seattle. She travels the globe in search of the best grocery stores, bouldering gyms, and snorkeling locations. Her mission at Freedom Is Everything is to help others make the transition into location-independent lifestyles.
Writer and Editor 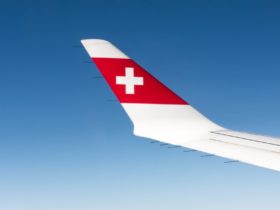 Traveling in Switzerland Soon? Get Ready to Take a COVID Test Every 3 Days 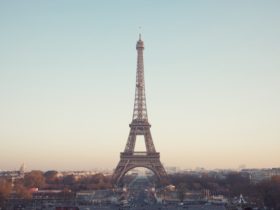