I’m going to talk about the process for overcoming your greatest insecurity or challenges in life. And the story I’m going to tell is overcoming a 10-year battle with acne.

So I hope that this story and what I’ve learned will be helpful for you as you power through whatever challenge or insecurities are in your way.

Before jumping in to the actual framework, I should just say that as someone who battled through depression. And who dealt with acne for ten years and got used to the negative pings of waking up in the morning and not being happy with how you looked. And feeling that there’s a barrier between who you are and how other people are perceiving you because of this thing that’s not within your control.

I relate to the struggle and to the challenge. So whatever you’re going through this should be helpful.
The framework that I use for overcoming acne is very simple and it’s the same framework that I use for overcoming any challenge in life now. I figure out what my goal is and I commit every ounce of my being to success. No matter what I am going to achieve.

So when it came to acne, the first eight and a half years I dealt with acne (from my teenage years until my mid-20s) I partially committed to beating it. I went to skin doctors and I did different things but I didn’t go all in. I didn’t commit. And that’s the big difference.

If you commit everything you have. You give that full commitment to something and you understand that you’re going to go through crazy ups and downs. And it may happen in six months or it may happen in sixty years but no matter what you’re committed to going through that process. Then eventually you’ll be successful.

And so the question I asked is what are you willing to sacrifice? And when you get to the point where you’re willing to sacrifice everything for the goal, that’s when you’ll be successful.
My first eight and a half years with acne, I did some stuff and I worked on it but I reached a breaking point about a year and a half ago.

I got to a point in my life where everything in my life was exactly how I wanted it except acne. And that was the major thing that was holding me back from living my dream life.

And I committed. I said no matter what I’m going to beat this and I spent a ton of time researching how to overcome acne. And I completely overhauled my diet: I cut out iodine, I cut out gluten, I cut out dairy, I cut out potatoes, I stopped drinking, I stopped doing all-nighters, I stopped eating grains and I went on this wild elimination diet.

I cut out almost all my favorite foods and I just lived on meat and vegetables. It was hard but I had committed to doing everything and so I did that.

I went through the process and I did everything in my power to beat acne holistically and it didn’t work. So as a last resort I went on accutane and it cleared my skin up within a few weeks!

But a big part of that was I moved to North America from Bali because it was going be much easier to take the drug here and so I sacrificed where I was living. And I really only got on the drug because it was the last resort.

I’m very wary about mind-altering drugs but I just didn’t I didn’t have any other options. It was the only option left and I was all in on on beating it and it worked.

If you fully commit it’s going to get you wildly different results than half-assing something. That’s my lesson and I hope this helps you because whatever you’re going through is probably overcomeable but it’s just a matter of how hard are you willing to push to overcome what you’re dealing with.

And if you have a good story I’d love to to hear it and please reach out!I wish you luck on your journey! Thank you. 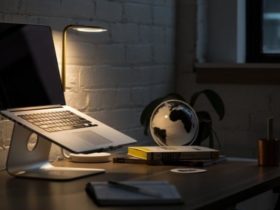 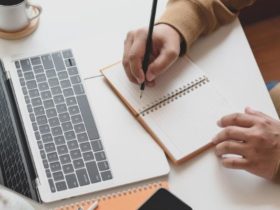 What’s the Best Laptop for Working From Home and Remote Work in 2022? (Top 12 Laptops) 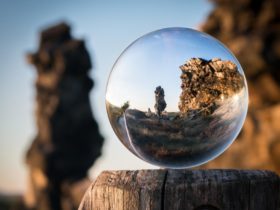 How to Stay Focused on Work When You’re Nomading 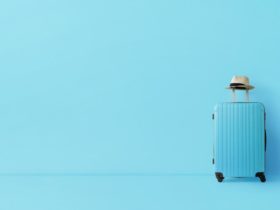 3 Mindset Shifts That Helped Me Succeed as a Digital Nomad