I recently learned that there was a print magazine about nomading in the early 2000s but there isn’t much information about it online. So I decided to do a deep dive into its history and what happened to it! Here’s what I found.

The Modern Nomad Magazine was a travel and lifestyle magazine started in Chapel Hill, NC by Paul W. Jacob and Lindsay Bentz. It had 80,000 subscribers at its peak, first launched on September 21st, 2001, and it eventually shut down in late 2003.

I love that they were early promoters of the nomad movement and it’s mission and focus are not so dissimilar from why I started this site!

In the words of the founders, “Since releasing our first issue, back in September of 2001, Modern Nomad has grown into a lot more than just a travel magazine, more of a cultural movement…Our content has, and will continue to explore, the deeper nuances and subtle intricacies that lead one deeper into the spirit of a place, such as: music, art, cuisine, social and environmental issues, politics, and of course, the local people. We like to think of Modern Nomad as a magazine that is designed like an art book and reads like a literary journal. One that publishes work that is often experimental in form and design, thus presenting a new movement in the way travel and the experience of place can be expressed. Like all creative movements, our desire is to present our audience with work that will not only challenge the intellect, but move the soul.”

Changing The Name & A California Festival

In early 2003, the founders changed the name from “Places” to “The Modern Nomad” because “we both felt that this magazine is not just a travel magazine, as enlarging the name PLACES may lead one to believe, but more of a cultural and social movement, one that encompasses everything from travel, music, food, art, environmentalism and an overall conscious and caring attitude about living. We think that Modern Nomad expresses that attitude, that way of life more clearly…Travel is life.”

Why The Modern Nomad Magazine Shut Down

As announced on The Modern Nomad’s (now defunct) website, the magazine shut down in late 2003 due to a combination of financial, printer, and undisclosed issues.

You can read the magazine’s full statement below:

“2004 MODERN NOMAD remains on hiatus, we thank you for your ongoing support.

10.03.03 MODERN NOMAD magazine has been on hiatus for a couple of months while we straighten out problems we have had with our printer, among other things. We ask that our readers and subscribers please be patient, remembering that being an independently published magazine in a corporate-controlled publishing world sometimes means that we have to deal with a little bit of red tape, and various other difficulties, while in the process of trying to put out the highest quality most artistically sound and inspirational publication that we can. Rest assured, the next issue (image left) of MODERN NOMAD will be out soon and be our best ever. We appreciate your continued patience and support.”

If you’re interested in reading great content about nomading, I recommend reading some of the content on our site! You can read interviews with digital nomads, articles about digital nomading, nomad surveys, and so much more. 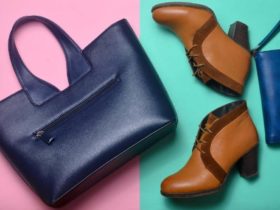 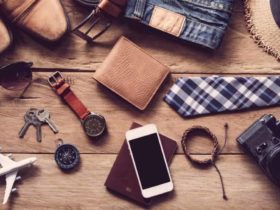