It can feel daunting to start a Youtube channel in what feels like an increasingly saturated market. But there are many creators who are choosing to share their knowledge and the keys to success in growing a channel. Below are five videos from creators who are doing just that.

While Celina gives tips in her video about understanding that Youtube wants certain things from you as a creator, which speaks to creating videos that Youtube will pick up and promote, she also gives helpful tips like “don’t be a short cutter.” She explains that it’s important for you to understand that Youtube is a long game, and while it’s true that some creators “blow up” seemingly overnight, for the average creator it takes time.

She also advises to “pick a niche” that you can be consistent with. If you only choose content that is trendy and that you aren’t personally interested in, it will be hard to continually produce quality content that you enjoy talking about.

In his video, Nimmins gave a list of ten points about how to grow a channel, which started with setting goals.

Nimmin explains that for most creators this can look like views and subscribers, but if you can “dig a little deeper,” and try to find a goal that pertains more to why you want to create, you will give yourself “something that you can embrace along the journey so that you are not just focusing on views and subscribers.”

Nimmin also spoke about trying to find ways to be consistent. This could be “coming up with video ideas while you’re doing other things,” or trying to record more than one video at a time. This is important because it’s important to find a way to create while sometimes combatting a busy schedule.

Learning the technicalities of Youtube is also incredibly important, according to Nimmin. Learning how to read and interpret Youtube analytics is “basically the roadmap to your Youtube success.”

This can include understanding your click-through rate compared to impressions, and knowing where your traffic is coming from. Understanding the numbers game of Youtube will help you to tailor your thumbnails, titles and content to your audience.

“Make sure the first few seconds of your video make someone want to stay on it.”

Alia Zaita is a Seattle-based lifestyle Youtuber, who explains that the first thing that you have to do if you want to grow is start filming. Period.

“It is not natural for us to stand in front of a camera and talk into the camera as if it was a whole other person,” Zaita explains, but once you start filming and editing you’ll gain skills in the process and more confidence, while will help you to make better content.

She then advises creating searchable videos at first to create a connection with your audience, and then you can start doing more personal videos like Q and As and vlogs.

The idea is that in the beginning, the general public won’t have a lot of interest in you as a person, but once you build that trust and connection the audience will be more curious about you as a person and want to know more.

Zaita also talked about the importance of an intro, and how crucial it is to start with something exciting. You can accomplish this through great music or captivating fonts in a creative title sequence.

Stamps, a humorous lifestyle Youtuber, talked at length about the importance of thumbnails, and how it is the first impression of your channel. She recommends choosing a crisp, clear photo, which she demonstrated while walking her viewers through how she makes her thumbnails.

Stamps also spoke about how you should treat your channel as a business from day one, and showed off her business cards that she had made that have a link to her youtube channel.

Another unique piece of advice that Stamps gave was to leave comments on popular Youtube accounts as soon as they post (this way your comment won’t get buried in thousands of other comments).

By leaving a genuine comment like “you inspire me,” along with a compelling avatar photo, you can attract new viewers to your page.

“As long as you’re gradually improving the production value of every video that you publish, you’re on the right track.”

Brian Dean creates content about SEO and content marketing strategies, and his video is specifically tailored to Youtubers who “want to take their game to the next level.”

In his list of advice, Dean begins with focusing 100% on suggested videos, which are the videos that show up next to or below the video that you’re currently watching.

The best way to get more suggested videos, according to Dean, is the sequel technique. This technique involves finding a video in your niche that is already generating a lot of traffic and creating a better version of that video. By using the same keywords in your title, tags and video description, there is a good chance you will rank next to this video and drive traffic to your video.

Another way to drive traffic to your channel is by a method that Dean calls “cross-pollination,” where you send viewers to Youtube from your other social media channels and vice versa.

Dean also recommends stepping up your production value. Although in the beginning you might not have as many resources, as your channel grows your production should be growing with it. This could mean buying a new microphone, lighting or even a new camera.

A unique piece of advice that Dean gives is about creating what he calls “bogpy thumbnails,” which are thumbnails that are primarily made up of blue, orange, green, purple and yellow. The reason this works is that they they are colors that aren’t used frequently on youtube, given that youtube’s platform colors are red, black and white. 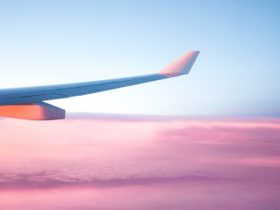 The Key To Getting Work Done While Traveling 👨‍💻 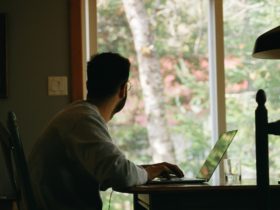 If You Aren’t Working Asynchronously, You’re Missing Out 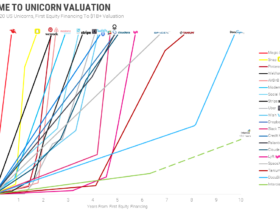 Career Advice on How to Pick Companies 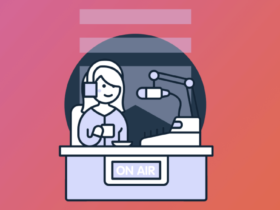