I’ve previously written about how to make money while traveling, how to start a digital business, how to reach financial retirement before you turn 30, and how to digital nomad around the world.

Here’s a breakdown from PsychoTraveller on ten jobs that pay you to travel the world! You can read the written version below and I highly recommend subscribing to her YouTube channel.

Today, I thought we would chat about 10 jobs that will actually pay you to travel the world.

The first one is slightly a cop-out and you’ll realize why in a minute. It’s really simple. But it’s a working holiday visa. You’ve probably all heard of Working Holiday visas where you can go away to somewhere like Australia, New Zealand, Japan, the UK, and you can get a 12-month work visa, and you can work casual jobs, and then take all the money you’ve just saved and then go traveling. You know, I’ve done two Working Holiday visas, one in Australia, one in New Zealand.

My channel is absolutely packed full of resource videos about finding work in Australia, planning a work holiday, all things like that. So I’ll link you some playlists down below. A working holiday visa is normally where everyone kind of starts their journey to becoming like a full-time digital nomad and location independence.

The second one is picking up freelance work while you’re on the road. So this could be anything you have a skill in. Can you write? Do you do really good photography? Can you program? Do you do marketing? Anything like that, there are some really good websites out there, I would personally pick.

Now there’s a lot, there’s like Upwork and all that. And there’s also one called People Per Hour, which I got quite a bit of work on when I started this whole life with a digital nomad. So on these sites, you sell your skills, basically, and you can be anywhere in the world so long as you’ve got a decent internet connection to get paid.

3. Start Your Own Business (Read Our Entrepreneurship Guide)

Number three, if you want to up that a level, then why not set up your own business where you as a boss can be location independent. So again, you’ve just got to harness what your skills are, work on them, develop them. You could even hire staff remotely in other countries to take on different tasks as you further your career. Setting up your own business does take a very long time.

It’s not a quick and easy way to make money so you’ll probably have to start off small and go with plenty of capital to keep you going until your business starts taking off and gives you an income that you can live and travel off anywhere in the world.

Another really popular one that I came across, and I still really don’t understand it, but I do, it’ something called drop shipping. And a lot of people in Chiang Mai who live in Chiang Mai do this, and some make so much money off. I don’t know how many to believe when they say how much they make because it’s like, no offense, I love Chiang Mai, but why would you be living in Chiang Mai if you’re earning a hundred fifty grand a year? However, I do know people do make a good living on it. So just google dropshipping. It will explain it way better than I ever could, but it means all you need is an internet connection and you can travel the world and work anywhere.

Another one for where you’re working for yourself and being anywhere in the world is blogging. Now blogging is a very competitive area to come into, especially now, but it’s still so doable. So don’t let the massive competition put you off. How you earn money on blogging is through, basically, advertisements. So you’ll probably do a lot of affiliate marketing, you’ve probably seen me do it. And we’ll talk about that in the next section on the next recommendation, which you can probably guess what that’s going to be.

On your blog, you’ll always see ads, you can either have Google ads, which pay nothing. Or you can have affiliate links, which pay a lot more. So when you click on something, the customer buys something from that link. When they’ve clicked off your website, you get a small amount of commission. If you have a really good conversion rate, then this can be very profitable.

This one is kind of the last in the list of kind of the freelancing kind of running your own business ideas and that’s to become a vlogger, to become a YouTuber. Blogging and vlogging do go hand in hand. So YouTubers get paid primarily through Google AdSense, as you know, one of your income streams. Then you’ve got sponsored videos where a company will approach you to work with you on a campaign or a product review or something. You give them the base price and then normally, they’ll give you also an affiliate link. So it’ll give your audience money off and then you get a commission on top of your base rate.

I’ve always wanted to do kind of a video. I’ve learned a lot. Nowadays, I don’t really take on a lot of sponsorships, you’ll notice. I’m super selective. And I’ve also learned so much about working with companies. Maybe I will do a video on this, if enough of you are interested, let me know.

With both blogging and vlogging, if you’re a travel vlogger, then you can go away on press trips, and you know, get your trip sponsored for you. So that’s an option as well. It’s kind of one of the biggest ways that you can travel the world and literally get paid to travel; it’s your job to travel, which is pretty cool.

So for the last few, they’re going to be a bit more conventional.

This one is a super popular one and it’s to teach English abroad. Not only do you get to move to another country for like a year, but you will also get paid to do that. So for example, South Korea is a really popular one to go over and teach English and then or you know, you can just spend your weekends or your time off traveling around Korea or going somewhere else in Asia or whatever. Because you’re literally getting paid to be in this other country. How cool is that?

Number eight is to become a tour guide. Now this one isn’t as easy to get into as you’re going to have to know the place you are pretty well. But if you do know another place pretty well, or you’re willing to learn quickly, then being a tour guide can be a pretty sweet job if you can get into it, right?

9. Work on a Cruise Ship

Number nine is working on a cruise ship. Now, from what I’ve read, because I actually considered a few years ago doing, the hours are literally horrific. You do not get much time off the boat whatsoever. Any days off you do get, all you want to do is apparently just sleep. Like you’ll pull up in Barbados and you’ve got a day off and you’re literally they’re, like bags in your eyes like…uh-uh.

They’re long hours, and you’re normally scheduled to say maybe six months or nine months, but you can’t spend your money really on the ship. So even though that’s a common theme of the downside, that it’s kind of exhausting and tiring. The upside is you come out with a ton of money. Not only are you technically, physically traveling around the world on a ship…you’re getting paid to do it, and then you leave with a ton of money to go traveling even more.

And number 10 is to pick a job within a field that involves a lot of traveling. If I were to be like cabin crew, being an air hostess kind of thing. That’s not the most glamorous job. I know people who are cabin crew and it don’t look glamorous for a moment. Your body clock is screwed. The health implications of flying that emerge. It’s so tiring. It’s such long hours, but it is an option.

Also, jobs such as writing for travel magazines, something like Lonely Planet, National Geographic, doesn’t even have to be that big. Or just working within a business that might require you to take some cheeky little business trips to maybe LA or New York or London or Paris. Who knows? If you want a kind of more conventional job, but you still want to travel more than usual, then make sure you pick something that has opportunity for travel in it.

Okay, guys, I rambled on long enough. I know this is not an extensive list. Maybe I’ll do a part two of 10 more jobs that pay to travel, but those are kind of like the most common ones being location independent and a digital nomad. And also certain jobs like teaching English, working on cruise ships that will get you out there and pay you to do it at the same time.

Let me know what I’ve missed off this list. And also, have you taken any of these jobs before? Are you still doing these jobs now? Let me know what your experience is and get chatting down there. And I will see you in a couple of days. 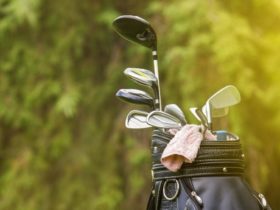 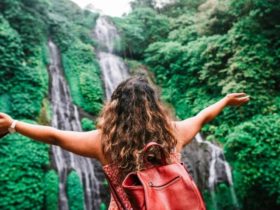 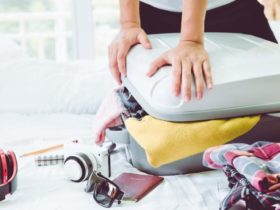 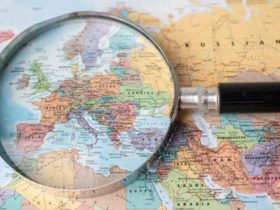 The Best Places to Travel in August (30 Amazing Destinations)